Flowing from Nakahiruzen’s foothills, and acting as one of the Asahi Rivers sources, the gushing spring was selected in 1985 as one of Japan’s Top Springs. The clear spring water gushes forth at a constant 11℃, and the surrounding area is dotted with cafes, lodges, camp grounds, parks, and fish hatcheries that utilize its waters.

A restaurant on the top of a hill populated by Jersey cattle! Our cheese fondue and ice cream uses the Jersey’s fresh milk. Our menu also has Jersey steak, which is rare for the Hiruzen area, and our menu has many items distinctive of a farm! Inside, one can find a workshop on how to make cheese, yogurt, and other dairy products. Last but not least, there is also a horse riding section: “Hiruzen Highlands Riding Park”.

That, long ago, daughter of Izumo okuninushi life (many with only your) under the light Princess life (it's only) from Izumo by boat in this area at the settled shitori (shitori) shrine. Commemorate the home life, to proceed with this Hill it is desired far Izumo. People who saw this some day Izumo mountain to call now. Is now maintained as a lookout.

9 mountain large transfer 1024 (0/1024) is the establishment of the temple, of Taima-Dera Temple (taimadera) chūjō-Hime (chuujou Princess) of ruins: has moved.
At that time, "welcome ritual of mixing of Taima-Dera Temple and was transferred, so this area is called hikichi" as has been reported. 9 mount the ceremonies Lunar held 15 days from the 3/14 stream in the afternoon of the 15th followed Memorial Shrine (Bursar), mixing Memorial chūjō-Hime is made.

Matsuzaki District 3 had been inherited in the dance, is a folk art with 400 years of tradition and high quality. This dance is the dance of the Samurai, but the nembutsu dance honoring. Is currently performed at the Riverside Festival, preservation society and children dressed in black uniform, I dressed to dance in Ronin. Tottori Prefecture intangible folk cultural property is specified.

A three level 100000 Temple a small waterfall. Three waterfalls are seen in front of the rocks on both sides, coupled with the surrounding scenery is spectacular. It is said even on a midsummer afternoon Dim, inviting air, where children play in the water in. Ayu no more 昇renai from is known as falls of the Musuem.

On the rock, two-stage waterfall falls from about 32 m. Traditional festival Acala, attracting the faith as the performances. Falls open at 7/7 waterfall to count 42-year-old man and 33-year-old woman in misfortune age happily forward to meaning "age" is the

Rock and Torii shitori-shitori Jinja Northwest shores of Lake Togo. Called miyato Benten, Benten of 7 no one is enshrined. Benten beauty President said, moreover, that bestows wisdom, longevity and good fortune in very popular. Shitori Jinja is enshrined under the light Princess life (it's only) is for White Snake legend has been handed down.

Region waterfall that flows all year round from the UNO.
Boulders carved with "Namu Myoho renge Kyo" and there "Duke" and is called spring water. Has become one of the spring's cause more calcium, "is sweet," "not" reputation in Tottori Prefecture, have been selected.

Is a station located along the National Highway No. 9 port akasaki has ample parking, area farmer's agricultural and marine products which, convenience store, restaurant and children's playground.
On the East side and "Hill of wind" Japan-Korea friendship Park, Japan-South Korea friendship Museum & Museum is open on a big scale.

Starting with the first of its kind in Japan and much talked about Kite Flyer, many of our rides will take you on a steep 60 degree thrill ride. Our park is brimming with rides like The Viking, Dolphin Paradise, and many our other attractions that will leave you fully satisfied. Also in the center are delicious eateries like an Italian Cafe to a muffin bakery. Once can relax as well on splendid farm grounds.

Bekku tenporin Temple according to the temple Governor years (834-848) to Temple of the Tendai sect reportedly opened jikaku-Daishi, 0/971 (971), kuya is in this area, died in the following year, reportedly. And after the tenporin Temple of mal emperor was a temple abode Koichi, erected on the order of merit, and worship the statue, was registered as a registered tangible cultural property of March 22,. Saint kuya is the son of the Emperor Go-Daigo.

Built on a slightly elevated Hill mound in 1980 (0/1980), designated as national historic site, boasting of the largest in the San-in district, located in southern Togo. Is the total length of 110 m, after a circle of diameter of 70 m height 12 m, ahead of 56 meters in length 11 m in height is. Built in the first half of the 5th century, burial facilities has been excavated Magatama (bean shaped) copper mirrors, Jade (kudatama), human skeletal remains, as well. 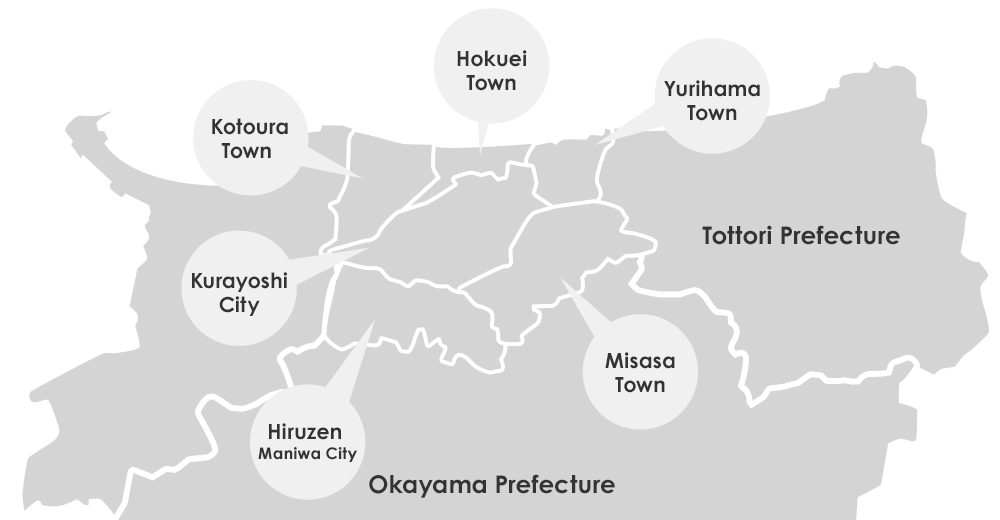